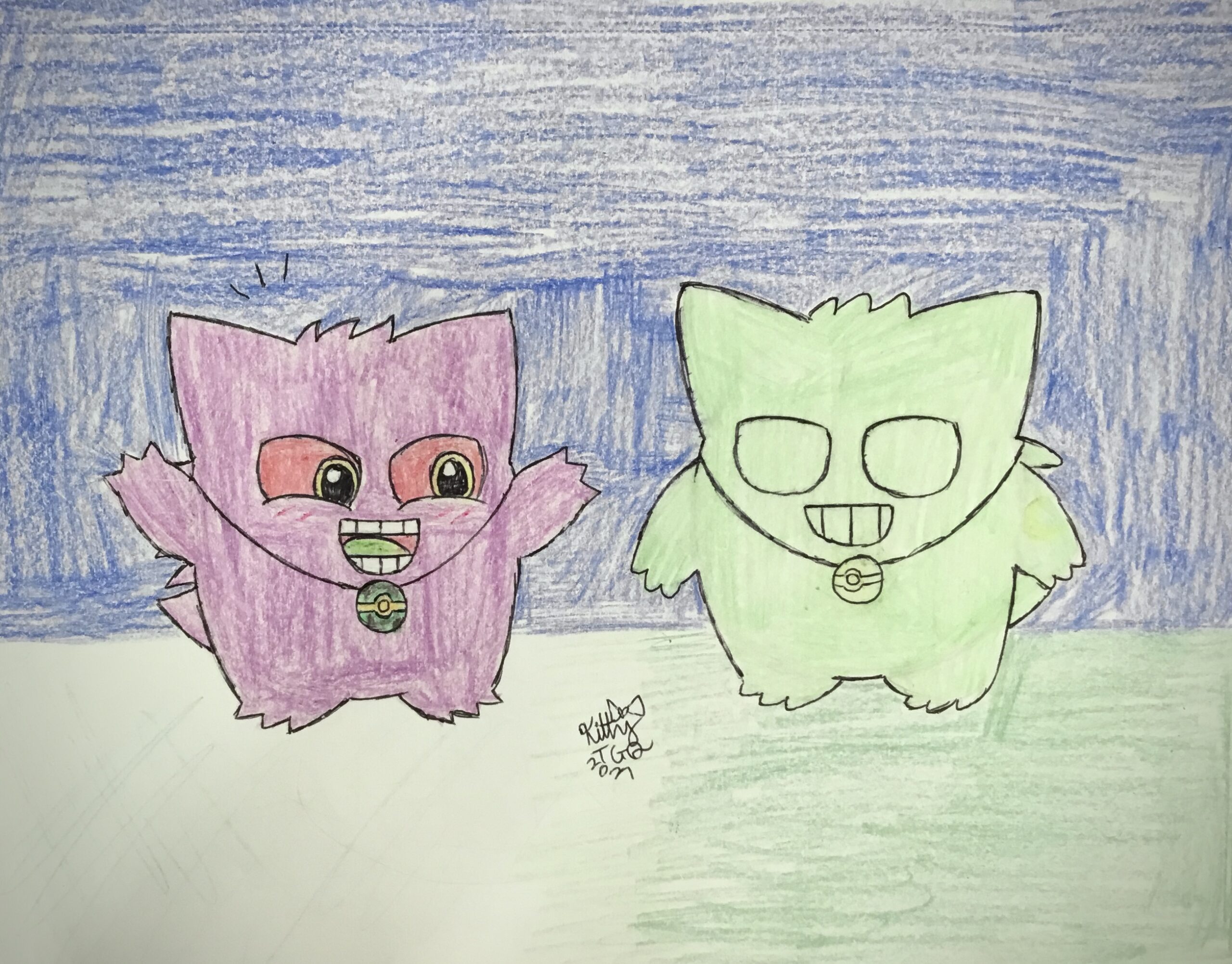 It’s a well-known fact that Jinji absolutely loves getting himself covered in goo and making messes, but have you ever wondered – what if Jinji was actually made of goo? Well, thanks to some Christmas magic from Jinji’s close friend and sister-from-another-mister, Kitty The Gengar Queen, Jinji got to see just for himself! Meet… Gooji!

Jinji was extremely excited to meet his gooey alterego, not just because of the goo, but because he recognised him as a Luigi’s Mansion 3 reference – and Jinji loves Luigi too. In fact, in the list of his favourite Mario characters, both Jinji and his Keeper place Luigi above Mario, with Keeper even choosing to play as Luigi instead of Mario every time this option is available in Mario games. This having been said, Jinji feels a little jealous of Gooji, as he wishes he could swap places with him! You never grow up, huh Jinji? 😛